Scrolling through the first seven images and the very last one, you will see pendants- or dongles as my friend, Dusty calls hers- that I made specifically for no other reason than to bead for fun and make gifties for my friends. Out of the giant pile I ended up keeping two, because by the time I got all that beading out of my system, I had plans...

You see, I made most of those while I was on vacation for less than a week visiting my bestie, Franklin Martin Jr. We did not have an agenda for this trip other than taking the dogs to the dog beach a lot and beading a lot and eating tasty food. So it ended up being a very soothing type of vacation. It was really nice to just sit on my butt and make pleasing dongles out of the large bag of beads and whatnot I took with me on this cross country road trip.

It is indeed nice to not have an agenda. Just to bead for the enjoyment of it. Does this mean I don't enjoy beading when making samples or designing class stuff? No I thoroughly enjoy that too, but there is something special about not giving a rat's ass if something can be recreated 200 times over. Unless you design things that can be recreated 200 times over and you know that this means having your sources and materials in order and all that goes with it, this is hard to explain. Let's just say that making things that only need to exist once is enjoyable in the way that throwing a nice meal together for yourself is verses cooking a ten course meal for a large party. You love cooking, no matter what, but it's a very different experience, isn't it?

Of course as usual, when there are pictures of something, and the pictures go up on Facebook, there is a lot of ooh and ahh and there is the disappointment of people who would like to make that thing, the thing shown and why is it not a kit or class.
The thinly veiled guilt trips that go with it.. " Its not nice to tease us with things we can't have."

At times I feel like it's not nice to expect that every aspect of my creativity can be purchased, but then I take a chill pill and sit with the idea of what did I learn from this, that could be turned into something that pleases the nice peeps who like to take classes from me?
Because of course I am grateful for the nice people who want to have everything I make, want to make everything I make. Without them, I would not have the privilege of doing what I enjoy doing and make a living while at it.
So by the time I made the pile of lovelies for my friends for Christmas, I realized that this idea would make a fine concept for a design class.

I started offering design classes last year. When I teach at venues, there are 2-5 day long classes. Most of these are project based. I think most people taking the classes are more comfortable with that approach. But I find that there is also a need for design classes. People want to challenge themselves and play and experiment but oftentimes the idea intimidates them. Nothing makes me happier than having someone who is sort of scared of designing something leave with a happy smile and a feeling of empowerment knowing that they are definitely more capable than they expected. That they are on their way of creating something that they did not think they could, but now they know they can and they will use what they learned in their own work.

Thinking about all of this made me realize what connected all these pendants even though I used different components. What would make this a fun class, something enjoyable where participants could really just design as they go, picking from beautiful options.

One of the hardest aspects of offering a design class compared to a project based class where I have pre-packed kits everyone is working from is that I need to have about 5 times as much stuff with me. You can't have a design class with meager offerings. It's obvious that my samples are just a starting point. A design class is not about recreating any of these pendants pictured. The images are to get you excited. Sure I will obviously have many components similar to and even the same as pictured. But everyone's pieces will end up being different. So let's say for a class of 20, I really need to show up with about 100 focals to give people options. And that goes for every element of the design, there should be quite a bit more options than people in class, so no one ends up with random stuff left over just because they were not early.

So as you can imagine, a successful design class depends on a large sum invested into materials people will want.  I purchased hundreds of laser cut wooden components for this purpose and so far spent about 50 hours embellishing them with glow in the dark powder in UV gloss, flowers, glitter....   I will have piles and piles of seed beads,swarovski crystals, shaped beads and findings for people to choose from.

As far as the design classes go, because of the amount of materials that they need and the investment of time and effort, for every event may that be at a bead store or bead society, there is only going to be one design class. Or I will go bonkers and that would not serve anyone well, hence this is a rule that I will stick to.

And that's how experimenting, playing with a simple concept for presents turned into a design class. I am liking the evolution here. This idea shall be known as the Triumvirate Pendant Design Class, because the focals or in some cases the clusters of focals end up being three.  There are other key points to designing them, but this is like a movie preview. Want to see the rest? Come take a class from me in 2020. 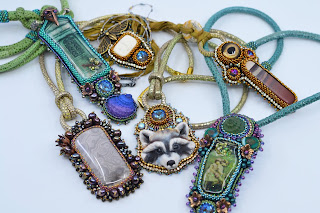 The little raccoon was a special purchase from Etsy. Some of the stones I used came from Gary Wilson from years ago, so it's obvious that those will not be offered in a design class setting. 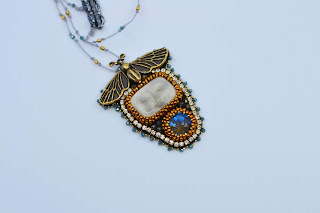 This could possibly be a starting point for a design class. While I don't have more of the rectangular face carvings, I could look into getting other bone carvings similar to it. The rest of it is easily recreatable. 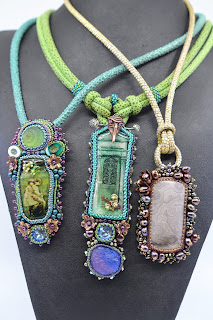 Design classes are always a good way for people to bring their favorite items in they want to include. So oftentimes no matter how much stuff I bring, there is a lot more because participants tend to bring their own special goodies too. 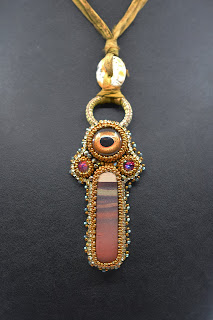 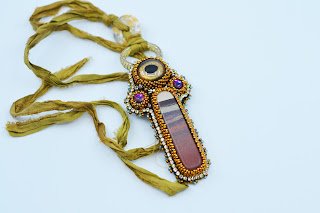 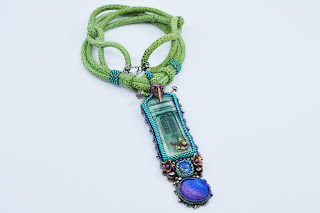 Here we are getting closer to what to expect: the laser cut, uv resin coated embellished components will be a starting point to most of these explorations. 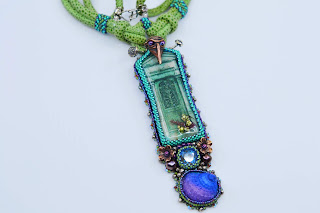 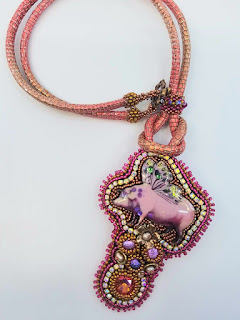 Just to show you that my interests are not limited to eyeballs, crypt doors and zombie babies in jars, here is a incarnadine porcine avian wonder of a pendant. So much pink. So fleshy and flashy as well. Entirely doable in class, pigs will be provided, crystals, leather, cup chain.. 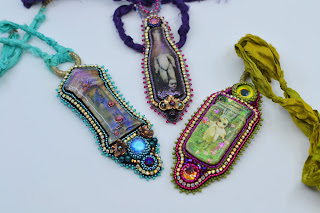 I wish there was a way to show off how these glow in the dark. It's delightfully creepy. It was hard to get it so the glow in the dark layer does not wash the images out too much when you are just viewing it in daylight. On some of them the effect is sort of eerie. I love the way these focals are turning  out. Better yet, I will have everything from crypt doors to hunted dolls and also pretty, non too creepy things. 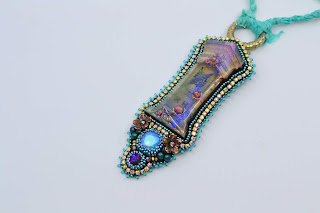 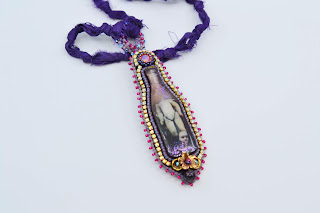 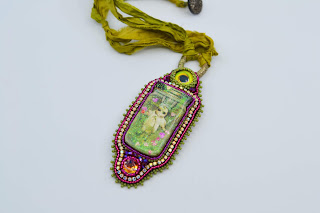 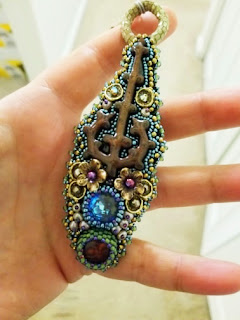 Posted by Crimson Frog Designs by Kinga Nichols at 11:33 AM 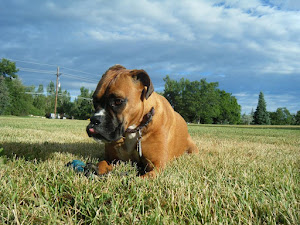